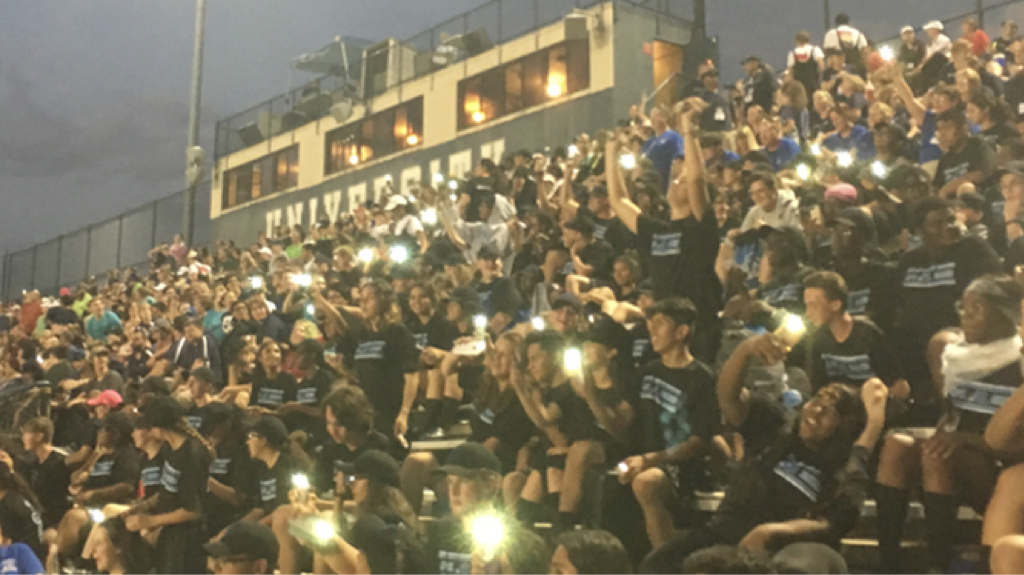 How is a band show scored?

Here is a breakdown of how an FMBC Regional is scored.

Individual Music (10 points)
The individual music judge is located on the field and gets close-up read of students' personal technique, tone, and musical performance. This judge does not take into account visual issues, although he may comment on marching technique or posture if it directly relates to the musical performance.

Ensemble Music (20 points)
The enemble music judge is located in the press box and listens for the balance, blend, and musicality of the band as a whole. This judge can give credit for the difficulty of the music, but is primarily concerned with the technical quality of the performance.

Individual Visual (10 points)
The individual visual judge is located on the field and gets close-up read of students' personal marching ability, posture, and visual performance. He does not comment on musical issues.

Ensemble Visual (20 points)
The enemble visual judge is located in the press box and watches for straight lines, cover-downs, clarity of forms, and development of movement for the band as a whole. Any visual issue that involves more than one performer is considered part of this judge's caption.

GE Music (20 points)
The GE Music judge listens for how everything comes together musically: brass, woodwinds, percussion, sound effects, voiceovers, electronics. This judge accounts not only for how well everything is performed (although that's part of it), but for how it all fits together to make an impact.

GE Visual (20 points)
Similarly, the GE Visual judge is looking at everything there is to see: drill, color guard, props, uniforms/costumes, movement, etc. He takes into account both the effectiveness of the band's performance, but also the design and staging of all the important moments.

Judges also evaluate Percussion and Color Guard (both out of 100.) These scores are used for the "Best Percussion" or "Best Color Guard" awards, but the scores do not figure into the band's overall score, since they are already included under the Music and Visual captions.

The Music, Visual, and General Effect scores are all combined to create the band's overall score out of 100 possible points. Scores are divided into four "boxes" indicating levels of achievement:

It is important to remember that all of these scores are statements of the adjudicator's personal opinion. Just like the umpire in baseball, some subjectivity is part of the game! Don't get too worked up about scores; it's not why we do this.